About Prof Marwala
Professor Tshilidzi Marwala was born on 28 July 1971 in Venda South Africa. Marwala was previously a Dean of Engineering at the University of Johannesburg, a Professor of Electrical Engineering, the Carl and Emily Fuchs Chair of Systems and Control Engineering as well as the DST/NRF South Africa Research Chair of Systems Engineering at the University of the Witwatersrand.
He was a Professor Extraordinaire at the University of Pretoria. He is the youngest recipient of the Order of Mapungubwe and was the first African Engineer to be awarded the President Award by the National Research Foundation of South Africa. He holds a Bachelor of Science in Mechanical Engineering (Magna Cum Laude) from Case Western Reserve University (USA), a Master of Engineering from the University of Pretoria, a PhD in Engineering from University of Cambridge and was a post-doctoral research associate at the Imperial College (London). He has held visiting positions at Harvard University and Wolfson College, Cambridge. He matriculated at Mbilwi Secondary School, attended the 1989 London International Youth Science Forum and completed Sixth Form at St John's College, Johannesburg.
He has supervised 45 masters and 19 PhD students to completion, holds 3 USA patents, and has published over 300 technical papers and 9 books. He is a fellow of TWAS, The World Academy of Sciences, Academy of Science of South Africa and African Academy of Sciences as well as a senior member of the IEEE and a distinguished member of the Association for Computing Machinery.
His 9 books are (1) Computational Intelligence for Modelling Complex Systems. Delhi: Research India Publications (2007); (2) Computational Intelligence for Missing Data Imputation, Estimation, and Management: Knowledge Optimization Techniques. Pennsylvania: IGI Global (2009); (3) Finite Element Model Updating Using Computational Intelligence Techniques: Applications to Structural Dynamics. Heidelberg: Springer (2010); (4) with Monica Lagazio, Militarized Conflict Modeling Using Computational Intelligence. Heidelberg: Springer (2011); (5) Condition Monitoring Using Computational Intelligence Methods. Heidelberg: Springer (2012); (6) Economic Modeling Using Artificial Intelligence Methods. Heidelberg: Springer (2013); (7) Artificial Intelligence Techniques for Rational Decision Making. Heidelberg: Springer (2014); (8) Causality, Correlation, and Artificial Intelligence for Rational Decision Making. Singapore: World Scientific (2015); as well as (9) with Ilyes Boulkaibet and Sondipon Adhikari, Probabilistic Finite Element Model Updating Using Bayesian Statistics: Applications to Aeronautical and Mechanical Engineering. London: John Wiley & Sons (2016).
HISTORY: THE ORIGIN AND HISTORY OF THE BERNARD PRICE MEMORIAL LECTURE 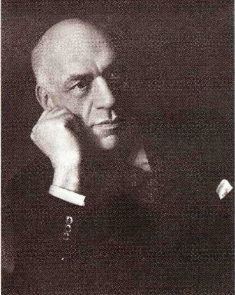 The year 1931 marked the centenary of the discovery of electromagnetic induction by Michael Faraday. To commemorate the occasion, the SAIEE Council and the University of the Witwatersrand (Wits) agreed to hold a Joint Meeting of both bodies. The fact that the Professor of Electrical Engineering at the time, Professor O R Randall, was also a Vice President of the SAIEE is likely to have been a key factor in the decision.
The meeting took place on 27 August 1931, in what was then the large lecture theatre of the Chemistry and Physics Building at Wits. In his introductory remarks the President, Mr M Jacobs said: "It is fitting that electrical engineers should join with the University, with the more scientific side let me say, in celebrating this centenary. On behalf of the South African Institute of Electrical Engineers, I would like to convey to your Council through you, Mr Raikes (the Principal of the University) the appreciation of my Institute for your hospitality and your co-operation in these proceedings."
As well as the lecture, an exhibition illustrating Faraday's work and the consequences, which flowed from it, was staged in the Department of Physics and Electrical Engineering of the University.
The meeting was so successful, that it was decided that similar joint meetings should be held annually - and so they have ever since. The SAIEE Council chooses the lecturer and he is invited to present the address. Many local and international prominent engineers and scientists have participated.
The first Bernard Price Memorial Lecture: 1951
Dr Bernard Price was born in London in 1877 and was President of the SAIEE in 1915. He was elected an Honorary Fellow in 1940. He was well known as the Chief Engineer and General Manager of the Victoria Falls & Transvaal Power Co. (VFP) As a young man he worked for Merz & McLellan, and at that time developed the well-known Merz Price method of power circuit protection.
Under his guidance the VFP expanded its electrical system and also developed a compressed air system, reticulating compressed air to the mines from Rose Deep to Crown mines by means of pipelines having a total length of about 50km and a maximum diameter of 700mm. In all, the system required 85 000kW to drive it and was unique in the world.
Dr Bernard Price was instrumental in the formation and endowment of both the Bernard Price Institute of Geophysical Research, and the Bernard Price Institute of Palaeontology at the University of the Witwatersrand. He died in 1948. To commemorate his name, the SAIEE Council decided that in future there should be an annual lecture to be known as the Bernard Price Memorial Lecture (BPML) and, because of his association with the University, this lecture should be presented at the Joint Meeting.
The first lecture (at the twenty-first Joint Meeting on 26 July 1951), was presented by Dr B F J Schönland (later Sir Basil Schönland) who addressed the gathering on the work of the Bernard Price Institute of Geophysical Research. In opening the meeting, the President of the Institute, Mr A W Lineker paid tribute to Dr Price. The Principal of the University, Dr H R Raikes, after expressing pleasure at having attended all twenty-one of the Joint Meetings, said
"A special reason for pleasure is that this is the occasion of the first Bernard Price Memorial Lecture in commemoration of a man who had served his country in a most remarkable way, and in particular, had been of great assistance to the University of the Witwatersrand. Dr Bernard Price was a great son of South Africa; he was not born here but came here to devote the best years of his life to this country. The lecture to be given is about the work which he made possible, but it is only one example of his work, and this meeting is to commemorate a very great scientist who developed the electrical industry in the Transvaal." - The visiting lecturer scheme: 1960
The success of these meetings led the SAIEE Council to establish in 1959 a Visiting Lecturer's Fund (VLF).
At the 10th Bernard Price Memorial Lecture, held in 1960, the President, Professor W Cormack, paid tribute to the previous year's President, Mr R Gettliffe, for establishing this fund and said:
"One of the proposals made by our last President, Mr R Gettliffe, was that the Institute should be in a financial position to invite prominent people from overseas as visiting lecturers to this country, to deliver the Bernard Price Memorial Lecture. Now, Mr Gettliffe not only suggested the idea of a fund but he worked for its practical realisation until, with the help of the Chamber of Mines and De Beers Consolidated Mines Ltd, he was able to bring it into being."
Owing to the foresight of Mr Rupert Gettliffe, the VLF has made it possible for the Bernard Price Memorial lecturer to address members of the SAIEE centres nationwide as well as students and staff of tertiary establishments.
Due to SAIEE members’ annual contribution to the VLF, this pattern has continued to this present day. To book your seat now, click here.